Despite the heat, five students from Ringwood School battled it out during their year-10 cookery competition run on 12th July by the Christchurch Food Festival Education Trust. The competition, now in its 6th year, was organised by Mary Reader, a trustee and founder of the Trust, and Sarah Stewart, subject leader of Food at the school. Students were asked to produce a two-course celebration meal for teenagers using seasonal and healthy ingredients costing no more than £16. 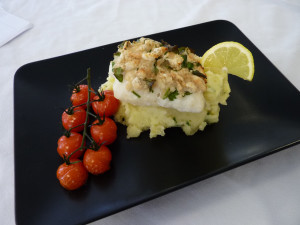 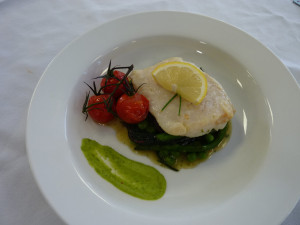 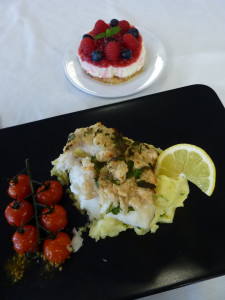 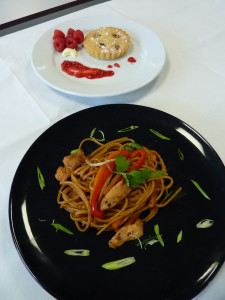 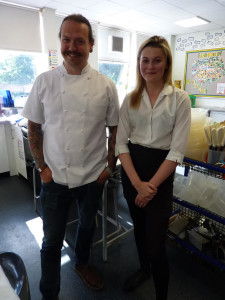 Mary was joined by James Golding, chef director of the Pig Group of hotels who not only judged the com petition but also visited the school four weeks beforehand to demonstrate a wide use of fruit and vegetables from the Pig gardens.

The winner was Abi Steel who created a delicious dish of hake with chard, asparagus, peas and cherry tomatoes followed by Molten lava chocolate pudding with seasonal fruits. Runners up were Ben Peaty and Alex Whitwham. All three received prizes of cookware and cookery books. James also invited all of the students to the Pig at Brockenhurst to see the operation of the hotel and gardens. He also discussed the new apprenticeship scheme being run by the Pig group which is being offered to potential chefs.

CFFET uses cookies to ensure that we give you the best web browsing experience. If you continue, you are agreeing to receive all cookies on our website. Read more